Internet usage can be monitored. If you’re concerned your internet usage is being monitored by someone, close out and clear your browser history. Return to this website later in private and on a safe device, or while using private/incognito browsing.

Click the “X” or “Escape” button below to leave The Fighting Chance immediately.

NOTE: Please do not send emails asking for specific links to sites you manage to be included on this website. Thank you!

The Fighting Chance is a fictional self-defense studio run by Beth Kennedy/Goldwyn in the Disaster Crimes series by Chrys Fey. In the books, it is a place where people (men, women, young and old) went to learn confidence, strength, and how to defend themselves.

"She also had The Fighting Chance—a place she went to in the real world and a place that dwelled inside her." - from A Fighting Chance (Disaster Crimes 6)

In the book A Fighting Chance, Amanda, a sexual assault survivor and assistant self-defense instructor, mentions how she came across the website for Beth's studio and how it had changed her life. That's how Chrys Fey got the idea to create a website fashioned after the fictional studio. Her goal was to make it a resource for people, especially women, who want to learn more about self-defense, what to do if you're experiencing domestic violence (or any time of abuse), and how to be an advocate. 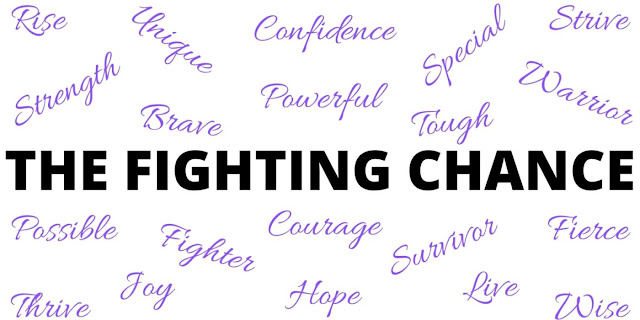 "Donovan had been amazed when he saw Beth’s studio the first time. She had done a great job creating her business and studio. White walls with purple words—Strength, Rise, Strive, Live—encouraged her students as they learned to protect themselves." - from Seismic Crimes (Disaster Crimes 2) 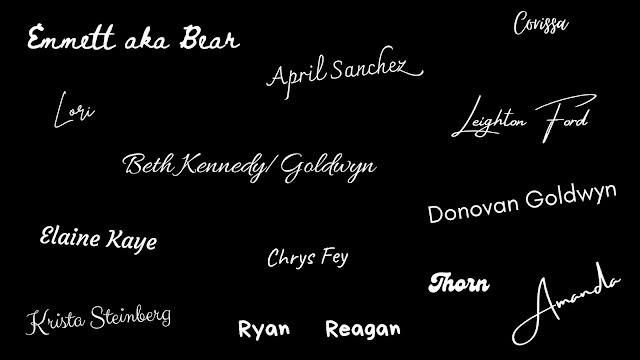 "At the far end of the room, Beth had turned the wall into a slate of signatures. Everyone who had ever set foot on the blue mat had signed his or her name. Quite a lot of names were already scribbled in permanent marker." - from Seismic Crimes (Disaster Crimes 2)

Fashioned after the Wall of Signatures in Beth's studio, there is the Wall of Signatures page where you can comment the name you'd like shown on the wall. For safety reasons, you can comment anonymously your first name, nickname, initials, pseudonym, or other alias. No full names, unless it's a pen name. To keep the page orderly, all comments will be deleted as names are added.

Authors, would any of your characters like to attend a (fictional) class by Beth? Comment their names and one book/series title.

Read about the Disaster Crimes series that inspired this website. 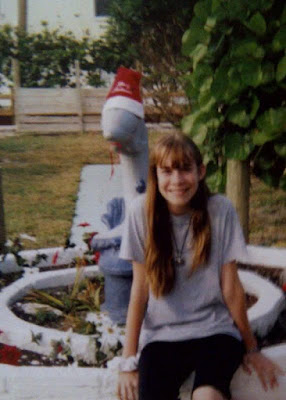 Chrys Fey lived through domestic/sibling abuse through most of her childhood. Those experiences have influenced Chrys in her writing. Most of the heroines she writes about have a history of (some kind of) abuse, are survivors of abuse, or are actively trying to help victims.

Her characters are also what she calls Heroines of Steel. When Chrys was a child, she looked up to strong women–Jo from Little Women, Xena the Warrior Princess, Erin Brockovich, and so many more. She wanted to be just like them, but she was a scrawny thing, shy, and a little nerdy. She felt as far from these strong women as possible. They were lionesses, and she was Dumbo. So, when she started to write, it was no wonder that her first character was her age but was everything she wasn’t, with supernatural abilities. From then on, all of her heroines have become what she wishes she could be. Beth (from the Disaster Crimes series) is a kick-ass self-defense instructor. Chrys wants to be as physically strong as her.

Why Heroines of Steel?

At the age of fifteen (a day after her birthday), Chrys had spine surgery to correct scoliosis. Now, she has a steel rod screwed into her spine. Years after her surgery, she wrote a personal essay called Woman of Steel. She is  a woman of steel, and because all of her characters are tough women, so are they. They are Chrys's Heroines of Steel. She can live vicariously through them, and so can her readers. 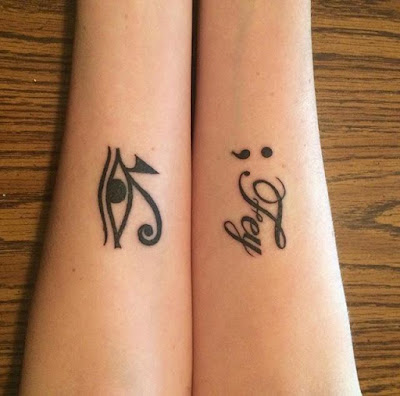 In Chrys's own words: The semi colon tattoo represents that something always comes after my hardships. I’ve gone through depression, burnout, many surgeries and health issues, disability, poverty, anxiety, insecurities about my lack of a high school diploma, and what I have come to realize was domestic/sibling abuse from when I was a child and teen, and PTSD from those experiences. But after all of that, after whatever I go through, there was always something on the other side. For me, that something was magic. That’s what “Fey” and my pen name mean. Surviving, learning, persevering...that is all magical. The strength I gained is pure magic. The wisdom, the growth, the self-love, and even the tears...all beautiful and magical. So, I know that whatever I go through in the future, there is so much for me on the other side, like a pot of gold at the end of a rainbow. And that is extraordinary! 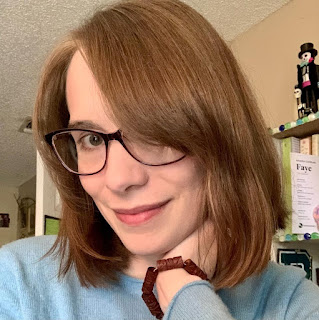 Chrys Fey is a disabled, tattooed author of books featuring heroines of steel. Her Disaster Crimes series is a unique blend of romance, disasters, and crimes, influenced by her own experiences with natural disasters. The conclusion of her series inspired her to create TheFightingChance.org, a resource for domestic violence survivors. On her blog, WritewithFey.com, she supports, empowers, and teaches fellow writers. She also edits for freelance clients and co-hosts a local writers group.

Fey got the idea for her first book when she was twelve and discovered a rusted screw with a crooked tip buried in grass. That screw was a key to an unknown world with an extraordinary character born in heaven.

She is a fur baby mom of four rescued cats. For fun, she photographs antiques, makes playlists, and creates flip cup paintings of Avrianna’s nebula. She loves Halloween, autumn, and gargoyles.

1. Be aware. When you’re walking by yourself, don’t be looking down at your phone.

2. Make a fist and hold your car key or a pen between your fingers.

3. Carry mace or a pepper spray keychain in your hand while walking by yourself. (hairspray or perfume)

4. If someone is following you, call a friend or family member. Let them know you’re by yourself and where you are.

5. As soon as you see other civilians, go to them. Or enter a store.

6. When making an escape, run in a slight zigzag pattern.

7. Carry a whistle. Use it to get someone’s attention.

10. Grab anything you can get your hands on and use it against your attacker. Even dirt/sand.